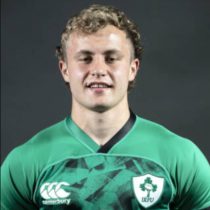 An exciting prospect for the Munster faithful and perhaps the Irish fans. Craig is a talented halfback that enjoyed a rapid rise to professional rugby.

Casey captained Ardscoil Rís to the semi-finals of the 2017 Munster Schools Rugby Senior Cup and was named in the Munster Schools top XV for 2017. He went on to represent Munster and Ireland at under-18 level and is also the nephew of former Shannon and Munster player Mossy Lawler.

His senior competitive debut for Munster came against Connacht in their 27-14 win over Connacht in round 21 of the 2018/19 Pro14 in 2019. The scrumhalf joined the province's senior squad ahead of the 2019/20 season on a development contract, before signing a full contract ahead of the 2020/21 season.

Casey is a new sight for the Thomond Park faithful with Conor Murray towering over 1.65m young scrumhalf but if his early performances are anything to go by, he could become another world-class scrumhalf in the club's history.

In October 2020, he was called up to train with the Ireland senior squad for the first time in October 2020 ahead of the rescheduled 6 Nations fixtures against Italy and France.

He started both of the opening games of the 2020/21 season and was named Player of the Match against Edinburgh. In January 2021, he was included in the Ireland Six Nations squad having played 21 games for Munster scoring twice as of 25 January 2021.