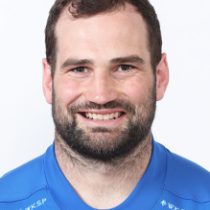 Millar returns to the squad after making an appearance in 2014 and earning himself four Super rugby caps. An injury sustained during 2014 and 2015 meant Millar spent the next couple of seasons rebuilding, and had the chance to return to the Super Rugby field after strong performances in the 2015 ITM cup for Otago.

Millar is a handy team member to have having completed an accountancy degree at the University of Otago and working as an accountant during the off-season.

After failing to cement his position in the Highlanders squad Millar signed with the Sunwolves for the 2018 season.

Millar has since become a regular in the Panasonic Wild Knights squad in the Top League and won the title with them in 2021. At the end of May 2021 he was named in the Japanese squad to face the British and Irish Lions