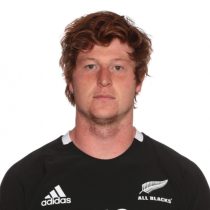 Hawera-born, Cullen Grace is a versatile lock/blindside option.A former UC Championship player for Timaru Boys’ High School. He played New Zealand Schools’ in 2017, was Canterbury Under 19 Captain in 2018 and was also involved in New Zealand Under 20s.

Ahead of the 2020 Super Rugby season, Grace is the youngest player to be named in any of the New Zealand Investec Super Rugby squads for 2020