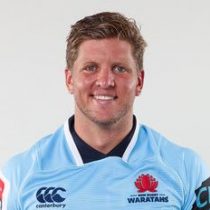 Learning his skills at Mosman and St Joseph’s College in Hunters Hill, Fitzpatrick captained the St Joseph’s 1st XV to an undefeated premiership and lead the combined GPS 1st XV side.

He represented NSW at the Australia Schools Championships before captaining the side in an undefeated campaign in 2008 against England, Samoa and New Zealand alongside the likes of Rob Horne, Matt Toomua, James O’Connor and James Slipper.

Fitzpatrick started playing rugby for the Mosman Whales and is another product of the NSW rugby nursery, St Joseph’s College in Hunters Hill. He captained their first XV side in 2007 to an undefeated title win and the combined GPS First XV. In 2009, Fitzpatrick earned his Waratah debut and was also named captain of the U20 national side for the World Championships.


In 2013 Fitzpatrick joined TOP14 club Lyon between 2013-2016 and helped the side win two-second division competitions, which earned them a place in the Top 14. He returned to Australia mid-way through 2016 to re-join the Waratahs.

The President for the Rugby Union Players’ Association since 2018, Fitzpatrick has also signed on as a sponsor for the NSW Rugby through a deal with his very own vitamin company.

In June 2020, having playing 73 games for the Waratahs across 12 years, Fitzpatrick announced he won’t take part in the new-look Australian Super Rugby competition beginning in July and made announced his retirement with immediate effect.

Fitzpatrick said the halt to rugby caused by COVID-19 made him assess his career path leading him to retire and focus on his business while allowing younger hookers to contend for higher honours.