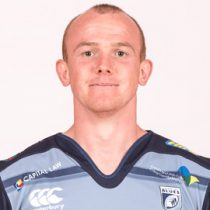 The rapid full back came to prominence in 2010 when he excelled for Wales in both their under 20 Six Nations and IRB World Championship campaigns.

Fish capped a great 2010 when he made his senior Cardiff Blues debut against Aironi. Since making his debut, Fish has developed into a fine player for the Blues and his pace and agility has troubled sides all over Europe.

Hiss eye-catching development continued during the 2013/14 season and Fish was awarded a new long-term deal in 2014 to continue his rise at Blues.

The 2014/15 season saw Fish become a key part of the Wales Sevens set-up and has now made 97 appearances for Cardiff Blues and has scored 122 points as he heads into the 2018/19 season.