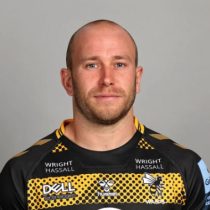 Robson, who began playing rugby in his home city of Stoke-on-Trent, was part of the 2011 England U20 squad that won the Six Nations Grand Slam and reached the final of the Junior World Cup, before going on to represent the England Saxons.

Robson made his debut for Gloucester in 2012 and went on to represent the Cherry and Whites 74 times in the Premiership.

One of the most exciting talents currently operating in English rugby, the England scrum-half joined Wasps from Gloucester Rugby in 2015, where he surpassed 100 Premiership appearances before the age of 24.

After being named in England’s EPS squad in 2016 he extended his stay with Wasps and enjoyed an eye-catching 2016/17, playing 30 times and and scoring nine tries.

After captaining Wasps to victory in Premiership 7s, showing an impressive turn of pace in the process, Robson scored 4 tries on the opening day of the 2017/18 Premiership Rugby season as he continued his search for his first England cap. He was rewarded with a call up into the England squad ahead of their 2018 tour of South Africa.

In 2018/19, Robson's form saw him called up to England's 2019 Six Nations squad, where he played twice and also scored against Italy - before a freak deep vein thrombosis injury meant he couldn't play for a number of months