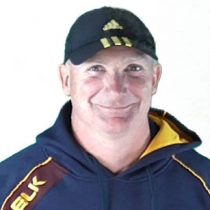 Dan is a native of Alexandra, New Zealand, he moved to Ireland in 1998 and has played for both Banbridge RFC and Ballynahinch RFC. He has also played for North Otago in New Zealand's NPC and Padova in Italy.

Dan was part of the coaching team that guided Ballynahinch to the 'grand slam' of Ulster and All-Ireland Cup and League success in 2009. In 2010, Soper rejoined Banbridge as Head Coach and has overseen two promotions in the All-Ireland League.

Dan joined Ulster from his role as Director of Rugby at RBAI, where his side claimed three Schools' Cup victories in a row.

January 2019 saw him sign a new two-year contract extension with Ulster ahead of the 2019/20 season.