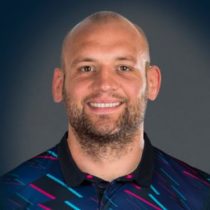 Born in Bristol, Tuohy is the most famous product of the Irish Exiles system in recent years. The 6 foot 6 incher began his career on the wing, but soon reverted to second row. His first professional club was Gloucester, for whom he made his debut for against London Irish in 2007.

He then moved to Ulster in 2008 and his best moment in white was his try in Ulster’s 2012 Heineken Cup final loss to provincial rivals Leinster. Having come through a strong academy system in the Guinness Premiership, the Irish-qualified lock now has Irish U21, Ireland A and nine full international caps to his name.

Tuohy made his Ireland debut against New Zealand in the summer of 2012, and made an instantaneous impression, scoring a try barely moments after his introduction.

After 136 appearances for Ulster since joining the club in 2009, the lock cut ties with the Pro12 outfit and signed a deal with English side Bristol Rugby in December 2016.