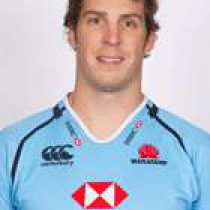 Vickerman was born in Cape Town and played his early rugby in South Africa before moving to England in 2008 and signing a deal with the Brumbies from 2001-03.

The former Australia lock played 63 Tests for Australia after his 2002 debut and featured in three World Cups.

He retired from the game in 2012 after spells with the Waratahs franchise in Super Rugby, and also spent the 2009-10 season in England with Premiership side Northampton Saints whilst studying at Cambridge University.

He played for Cambridge in their 2008 Varsity match defeat by Oxford, before captaining the Light Blues to victory in the 2009 edition at Twickenham.

After retirement, he worked for the Rugby Union Players' Association until his sudden death in 18 February 2017 at the age of 37.