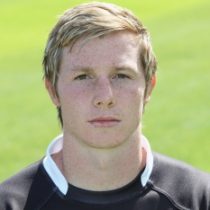 Despite being born in Auckland, New Zealand, Barnes moved from Auckland to Tralee at the age of ten, and it was there, at Tralee R.F.C., where his talent began to show.

Some impressive form for Tralee saw him earn a move to Dolphin R.F.C . Barnes debuted for Munster in April 2010 and was pivotal in Munster’s 2011 Magner’s League semi-final win over Ospreys, scoring twice.

He also played a part in that season’s final against Leinster. Barnes has won caps for the Irish U20s.

After 34 appearances and 35 points scored, Barnes left Munster in 2013 and signed a deal with Newcastle Falcons on a two-year deal.

He made 18 appearances for the Falcons before leaving the club for then newly promoted RFU Championship side Ealing Trailfinders for the 2015-16 season.

Barnes left the club after 17 appearances and 10 points scored.

In July 2020, he was confirmed as the Jersey Reds' new signing.