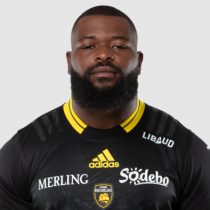 Priso joined La Rochelle in 2016 from Stade Francais and has worked his way up to becoming a regular starter.

The powerful prop is highly regarded in the French set-up and uses his large frame to dominate collisions in the tight exchanges.

His scrummaging has improved since his arrival in Southwest France and he also possesses a quick turn of pace for a front-rower.

In January 2018, he was called into the French squad to compete at the 2018 Six Nations tournament.

Ahead of the 2019 Six Nations, Priso has had 4 previous 6 Nations appearances. He has yet to score any points.

He heads into the 2020 Top 14 season having made 87 appearances for La Rochelle and has scored 35 points.