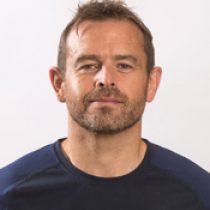 A degenerative disc problem in his back ended Wilson's playing career at the age of 25; and Wilson moved into coaching. He secured a job coaching at Cardiff Blues academy before being named as London Welsh head coach in 2008.

Wilson has coaching experience at 3 of the 4 Welsh regions as forwards coach at Newport Gwent Dragons and the Scarlets before taking over as head coach at the Cardiff Blues.

He joined Bristol's coaching ranks in 2014 but failed to gain promotion from the RFU Championship, resulting in him taking up an opportunity at Cardiff Blues, replacing Mark Hammett as head coach in 2015.

After 3 seasons in Cardiff, it was announced that he would be leaving at the end of the 17/18 Season to Join Wasps as Forwards coach. He subsequently pulled out of that deal with Wasps, when the Forwards coach role with the Scotland national rugby union team became available.

In 2018, Wilson signed a two-year deal with Wasps before being released from his coaching contract to take up a similar role within the Scotland national set-up.

On 20 November 2019 it was announced that Wilson would be the new Head Coach of Glasgow Warriors for the 2020-21 season after Dave Rennie stands down.