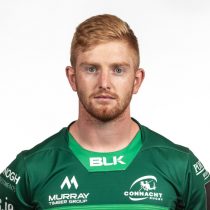 A Connacht Academy graduate, Leader made his senior debut in October 2012 away to Ospreys in the PRO12 and has since played 91 times for the province as of April 2020.

Having attended St. Joseph's College, he played all his club rugby with Galwegians RFC and went on to represent Ireland at Under-19 and U20 level.

Internationally, Leader has represented Ireland at under-age level and was a part of the Ireland Under-20 squad that went to the 2013 IRB Junior World Championship.

The former Galway put pen to paper on a new deal with his native province for the 2017/18.