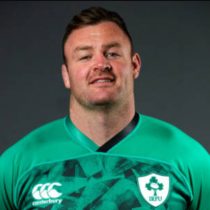 Kilcoyne is a dynamic ball carrier who has a huge appetite for work around the park. Strong in the scrum and impressive in the loose, the former Ireland Schools international has been tipped by provincial coach Rob Penney to have a long career in the green of Ireland.

He made his test debut at Lansdowne Road against South Africa on 10 November, 2012.

He Featured for Ireland in 2014 November's Guinness Series victories over South Africa and Georgia, scoring his first try for Ireland in the game against Georgia.

Kilcoyne signed a two-year contract extension in December 2014 that would keep him at Munster until at least June 2017.

He played in 26 of Munster's 28 competitive games in the 2015/16 season. before getting the inclusion in the Ireland training squad for the final round of the RBS 6 Nations. He was subsequently selected for the Summer Tour to South Africa, coming on as a replacement in the second test against the Boks.

He was called up to the extended Ireland squad for the 2016 November Internationals, featuring in the rout over Canada.

The Munster loose-head featured in both Ireland wins over Japan in Shizuoka and Tokyo in 2017.

Kilcoyne was then named in the Ireland squad for the Six Nations 2020 with 36 caps.

In March 2020, the loosehead signed a new three-year deal with Munster following 21 tries in 182 appearances.