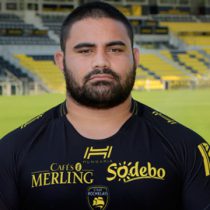 Feao was born in Brisbane and played his club rugby with Souths, Brisbane City and NSW Country Eagles in Australia before moving to France.

The former Australia Schoolboys cap went to the Junior World Championships with Tonga Under-20s in 2010 and played for Tonga ‘A’ in the Pacific Nations Cup before stepping up to Test status.

He weighs in at around 20 stones and represented Tonga against Georgia, Fiji and Samoa in 2018 after successful stints in European rugby after spells with French clubs La Rochelle and Narbonne.

Ahead of the 2018/19 Premiership season he signed a deal with Leicester Tigers.