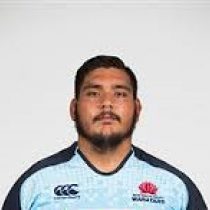 After having stellar 2016 season in the Shute Shield for the Parramatta Two Blues, David Lolohea was granted a spot in the NRC for the Greater Sydney Rams. Lolohea was so impressive in his NRC debut, he earned a call up to join the Waratahs in 2017. Lolohea debuted for the Waratahs in their first match of the 2017 Super Rugby season, and now lines up for the Sydney Rays.