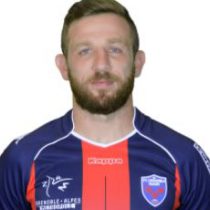 Hailing from Narbonne, France, Mele is a talented scrumhalf who began his professional career in 2006 with Perpignan.

After 7 years at the USAP club, Mele left France to join Leicester Tigers.

He spent two successful seasons at Leicester Tigers before returning to France with Toulouse.

From there he signed with Grenoble ahead of the 2016/17 season.

The club would be relegated in his first season with the club but starred as the club regained promotion to the Top 14 at their first attempt with the halfback playing a key role in the promotion/relegation match in particular.

Mele departed the club the at the end of the 2017/18 season to join his former club Perpignan.

In 2019 he got the call-up to represent Spain’s XV National Side in the Six Nations Cup against Belgium.