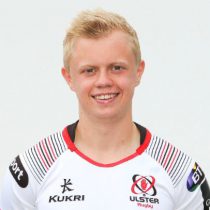 David is a product of Belvedere College, and has progressed through the age-group system before joining the Ulster Academy where he put in a series of standout displays at scrum-half.

It was in the 2019/2020 season did the Dublin born see regular game time as he made 424 minutes of game time prior to the season being brought to a halt.