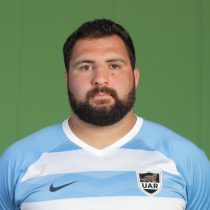 After an impressive 2017 season with his club side Universitario in Salta Diego Fortuny was named in the Argentina XV and Jaguares 2018 Super Rugby squads.

Fortuny debuted for the Jaguares against the Stormers in Cape Town but failed to make another appearance for the side throughout the season.

He did make an impression on Mario Ledesma who named in his first squad ahead of the Rugby Championship.

Fortuny went into the 2018 Rugby Championship with 1 test cap.

2020 saw him sign a deal with Major League Rugby side Houston Sabercats.