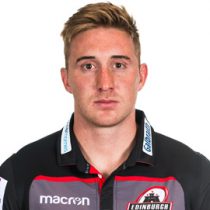 Fife had a try-scoring debut for Scotland under-19 in the 55-13 victory against their Italian contemporaries at Lasswade, Edinburgh, in March 2009. He also played in the under-19 international against France a month later in Dourdan before being selected for 2010 under-20 6 Nations, starting every game and scoring Scotland’s second of three tries in the win over Italy in Sardinia before featuring as a strating winger in all but one of Scotland IRB JWC matches in Argentina.

Before that he had played for Scotland under-17 and Edinburgh under-17 and under-18 as well as for the Edinburgh back-up team against their Glasgow Warriors counterparts. He played his under-18 club rugby with Boroughmuir, but he is now with Currie, playing for the first XV in the Premiership’s first division.