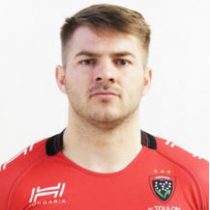 Mitchell made his NSW debut in 2010 against his former Queensland team mates. In July 2012, he played his 100th game against the same opposition, when he represented the HSBC Waratahs for the 27th time, having already played for the Reds (on 37 occasions, including 35 Super Rugby matches) and the Force (38 times) earlier in his career.

When fit, it is not hard to see why Mitchell is such an asset to any team; he boasts the abilities of a great winger with speed, power, agility and flare combined with a rare finishing ability that has already seen him earn a place in the HSBC Waratahs’ top ten tryscorers in Super Rugby history. Winner of Australian Rugby’s Rookie of the Year award, he captained the Queensland Academy of Sport’s Under-19s team and led the Australian Schoolboys squad that toured the UK in 2001 and the Australian Under-21 side that competed in the 2004 IRB Junior World Championship.

After making his Super Rugby for the Queensland Reds in 2004, he was fast tracked into the Wallabies a year later, scoring a try on his Test debut against South Africa. He has appeared for three of the five Australian provinces in Super Rugby, following his Queensland stint with three seasons in Perth at the Western Force, before moving to NSW in 2010, scoring nine tries in his debut season.

After four seasons with the Waratahs, Mitchell made the move up North to Toulon, where he has formed part of a highly successful side. Due to changes to Australia's over seas based eligibility policy, Drew has seen a recall into the Wallabies setup and is currently a part of their 2015 Rugby World Cup squad.

The Australian back went under the knife to operate on a groin injury on May 20 , Toulon announced, adding that they hoped the 70-times capped Wallaby would return to fitness for the start of the 2016 season.

Toulon and Australia wing Drew Mitchell has announced that he will retire at the end of the 2016/17 season.

Beginning his career with the Reds back in 2004, Mitchell spent two years with the Force from 2007-2009 before joining the Waratahs in 2010.

First capped by the Wallabies back in 2005, Mitchell went on to make 71 appearances for Australia and played in three Rugby World Cups, scoring 34 tries.