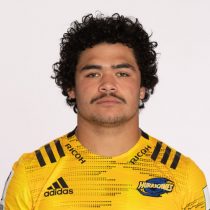 Of Samoan descent, his father Jack Kirifi named his son after former Western Province loose forward Morne du Plessis, a No.8 who captained the 1976 Springboks to a series win over the All Blacks in South Africa.

Kirifi has been an age grade representative in both Taranaki and Waikato. In 2016 he was a member of the Waikato Under-19 team that reached the final of the Jock Hobbs Memorial Trophy, while in 2017 he played for the Chiefs Development Squad.

In August he signed a two-year deal with the Wellington Lions and was named in the starting lineup for their opening Mitre 10 match against Manawatu Turbos.

He continued his excellent form at the start of the 2018 season and signed a deal with the Hurricanes.

Ahead of the 2020 Super Rugby season, Kirifi was named in the Hurricanes Super Rugby squad and at the end of July of that year, he extended his contract by 2 years keeping him in Wellington until 2023.

He went into the 2020 Mitre 10 Cup having made 27 appearances for the Wellington Lions.