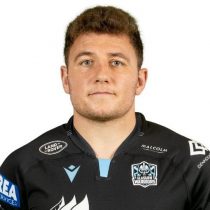 A pinpoint goal kicker and tactician, Weir established himself as a quality flyhalf who seems destined to rack up a serious amount of international caps. While playing for Glasgow, Weir also studied Sports Coaching with Development of Sport at Cumbernauld College.

Weir joined Edinburgh Rugby for the 2016/17 season before receiving a call-up to the Scotland squad for the 2017 Six Nations tournament.

After racking up 221 points in 30 games during his time at BT Murrayfield Stadium, he signed a one-year deal to join Worcester Warriors.

Weir continued to perform at Worcester Warriors and in December 2018, he signed a new two-year extension with the club.

He was called up to Scotland’s extended Six Nations squad in 2019 after an outstanding first season with Warriors. His consistent form coupled with Scotland’s decision to suspend Finn Russell for a breach of team protocols has led to another recall ahead of the 2020 Six Nations.


In January 2021, Glasgow Warriors confirmed that Weir would return to the club where he started his professional career at the end of the 2020/21 season. Of 13 January 2021, Weir has represented his country with distinction, registering 80 points from 30 Scotland appearances.

Ahead of his return to Glasgow, only Dan Parks and Tommy Hayes have scored more than Weir’s 765 points for the Warriors, whilst the fly-half’s tally of 107 appearances sees him sit proudly amongst the illustrious list of club centurions.