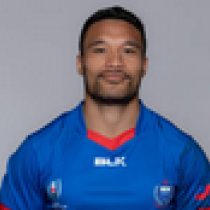 Polataivao started his professional career playing for Auckland and made his way to England to play for the Doncaster Knights. He was selected in the Samoa squad ahead of the 2019 Pacific Nations Cup.

In 2019, he got a taste of the UK professional scene when he joined the Doncaster Knights in Doncaster, England. That same year, he also competed in the Pacific Nations Cup.

Polataivao competed in the 2019 Rugby World Cup. He played in 16 tests, finishing out his World Cup appearance against Ireland on October 12th.

The 2019/20 season saw him sign a deal with Major League Rugby side Utah Warriors.