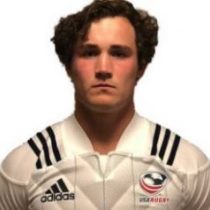 Originally from London, England, Audsley has an American mother and attended both high school and college in the USA.

He played in the 2013 Junior World Championship before earning Collegiate All-American honors while at St. Mary’s.

A goal kicker who is comfortable in both the midfield or at fullback, Audsley made his test debut against Canada in the 2018 Americas Rugby Championship.

He has 8 caps for the USA, and came off the bench against Uruguay in March 2019.

The USA international started 11 games during the 2019 Major League Rugby season for San Diego Legion before a serious ankle injury brought an early end to his season.

August 2019 saw him re-sign with the San Diego-based club.