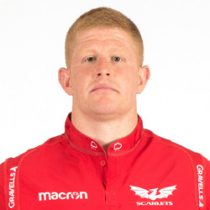 Evans, who hails from Pontyberem, Carmarthenshire, has represented Newcastle and NSW Country.

He is the grandson of Randall Evans, a former Wales Youth No.8 and his father, Jon represented Australia U17 at lock.

Australian born Evans joined the Scarlets ahead of the 2015-16 making his competitive debut against Munster in October 2015.

Evans represented the Combined NSW-Queensland Country side that took on the British & Irish Lions in 2013.

The 2016-17 was a frustrating season for Evans as injuries saw him make only eight appearances throughout the season.