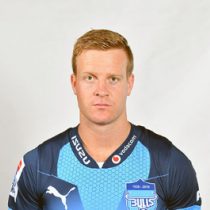 A talented runner, Dylan Sage didn't follow the traditional pathway of representing his Province at any high school provincial competitions such as the Craven Week but he did join the Western Province Academy after finishing school.

From a family of rugby players, Sage is the grandson of Doug Hopwood, who represented the South Africa national rugby union team in 22 test matches between 1961 and 1965 with his brother Jarryd also playing professionally.

He was a member of the Western Province U21 teams that played in the Under-21 Provincial Championships in 2012 and 2013, but made just a single appearance in 2012. In 2013, he was a member of the UCT Ikey Tigers side that participated in the 2013 Varsity Cup competition, making three appearances in a disappointing campaign for UCT as they finished in 7th position in the competition.

After one season in Perth, Sage returned to South Africa and again represented the UCT Ikey Tigers in the Varsity Cup competition in 2015, starting all eight of their matches and scoring two tries as UCT reached the semi-finals of the competition before losing to eventual champions UFS Shimlas.

He also played on numerous occasions for the successful SARU Sevens Academy and signed a SARU Sevens in late 2015. He was included in a 12-man squad for the 2016 Summer Olympics in Rio de Janeiro, where he was named as a substitute for their first match against Spain, the South Africa winning the match 24–0.

He continued to represent his country at Sevens level before joining the Bulls in 2018 turning out for the Super Rugby and Currie Cup sides. In 2018, he headed to France signing for PROD2 club Montauban.