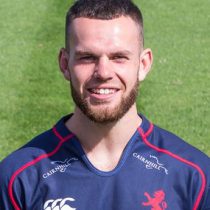 Hoadley is one of a few players to represent all the exile clubs in London, having spent time at London Irish, London Welsh and finally settling at London Scottish ahead of the 2016/17 season.

During the Scots 2018 and 2019 seasons, Hoadley was on loan to National 1 side Chinnor, where he played a part in their rise up in standings during the 2018/19 season.

Having returned to play at the Athletic Ground in March 2019, and went on to start and score against Doncaster Knights before picking up a season-ending injury.

Once returned to full fitness, the scrum-half was a consistent starter for Chinnor and helped them finish fourth in the National 1 table in the 2019 season.

In June 2020, he signed a new deal to remain at London Scottish.