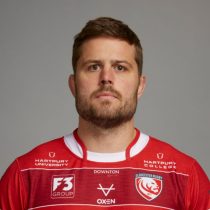 Slater began his rugby career at Milton Keynes RUFC before moving to Australia. He established himself at Eastern Suburbs RUFC, Sydney, NSW.

After a short trial with Leicester Tigers he joined Nottingham at the opening stages of the playoff campaign.

His performances in the Championship playoffs and for the Tigers' development side earned him a move to his hometown club, Leicester Tigers in the summer of 2010.

A successful 2012/2013 campaign culminated in a Premiership winners medal for Slater, he was a used replacement in the final.[5] Slater captained the Tigers in the 14/15 (although injured for the majority of the season, he returned to captain the side for the last 10 games) and 15/16 seasons.

On 7 August 2017, Slater left Leicester to sign for Gloucester Rugby as part of a swap deal with Jonny May joining Leicester Tigers from the 2017-18 season.

He was then selected for both the 2014 Six Nations and the summer tour to New Zealand, where he captained England against the Canterbury Crusaders in his first appearance for the senior England side.


Ed brought real experience and an abrasive edge up front to the Gloucester pack in his first season, made 26 appearances and skippered the side on a number of occasions. He maintained that contribution in 2018-19, making 27 appearances.