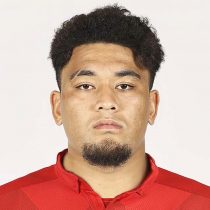 Auckland born Efi Maafu is quickly on his way to becoming a future rugby sensation.

In 2017 Maafu was again selected in the Queensland U20s team and was also part of the Australian U20s that traveled to Georgia for the World Rugby U20 Championship. After his stellar performances this year Maafu will now link up with the Queensland Country squad in the NRC.

He was included in the Reds wider training squad for the 2018 Super Rugby season.

In 2020, Maafu signed a deal with the Sunwolves, making 5 appearances before switching allegiances and signing for rivals Melbourne Rebels in July 2020.