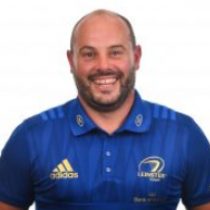 Emmet was educated in Blackrock College, Dublin whom he represented at both Junior and Senior Cup levels, winning the Leinster Schools Senior cup in 1995.

Upon graduating in 1995 he completed a degree in Management and Marketing in the Dublin Institute of Technology.

He successfully represented Leinster at Schools, U19, U20 and Senior Level and Ireland at Schools, U21 and A levels. He also played for West Hartlepool for two seasons in the Zurich Premiership, before a spell with ConneXions PR managing the Leinster Rugby account.

He joined the Leinster management team in November 2003 as video analyst and his duties include performance (both team and individual) and opposition analysis.

In June 2017 he was also appointed as Kicking Coach to the senior team.