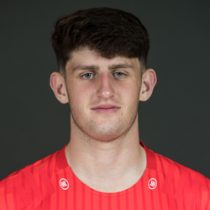 Eoin O’Connor moved straight into the Munster Academy having completed his Leaving Certificate and played in the Munster Junior League with Waterpark during the 2018/19 season while a sixth year student.

He has represented Munster and Ireland at both U18 and U19 level and was a try-scorer on his first appearance for Munster A in January 2019’s Challenge match victory over Leinster at Thomond Park.

O’Connor was recently named in the Ireland U20s squad for the 2020 6 Nations Championship however he will not play any part in the campaign after sustaining a knee injury in training.