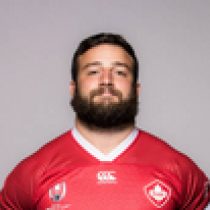 Known for his athleticism around the pitch, Howard was an OUA All-Star with the Guelph Gryphons and named Most Valuable Player in the Ontario university competition for the 2016 season.

He went on to make his test debut against Brazil coming off the bench for Candain legend Ray Barkwill in 2016.

He joined Nola Gold ahead of the maiden Major League Rugby season in 2018.

Howard is on course to represent Canada in the Rugby World Cup in Japan after being named in their 2019 Pacific Nations Cup campaign.

He heads into the competition with 20 test caps to his name.