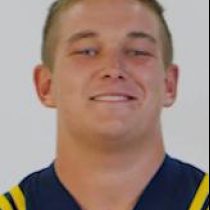 The 22 year old Queensland prop has been hailed as an exciting prospect and many expect him to go all the way to represent the All Blacks in the near future.

Ethan De Groot has risen through the Southland Rugby Academy and age group teams and plays his Mitre 10 Rugby for the Southland Stags.

De Groot was included in the Highlanders team that played the NSW Waratahs in a pre-season game in Alexandra in February 2019.

After dislocating his knee against playing against Otago in the Mitre 10 Cup, de Groot had surgery but is expected to be back to full fitness in December.