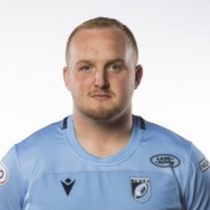 A product of Treochy Comprehensive, Lewis has represented his school and later the Cardiff Blues at U16 and U18 age grades.

His strong on-field presence saw him get picked up by the national Under-18 set up and whilst training with the Blues Academy he also plays for Cardiff RFC in the Principality Premiership.

Lewis made his Cardiff Blues debut during the LV=Cup clash with Leicester Tigers in March 2015.

After 18 strong performances for Cardiff, he extended his stay with the club beyond the 2016/17 season.

He entered the 2018/2019 Champions Cup with 5 European Cups appearances having scored 1 try and 5 points.

He made one appearance for the Men in Black in a 54-13 win over Bedford Blues en route to Championship glory.

In August 2021, he signed a new two-year deal with Saracens.