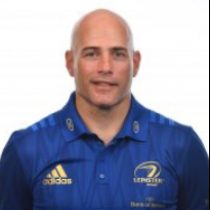 Dubbed as one of the finest players in Leinster’s history after spending six years with the province from 2003, Felipe played an extensive role in Leinster's 2005–06 Heineken Cup victory.

Having joined Leinster in 2003, Contepomi played 116 times for club during his time in blue, winning a Celtic League title in 2008 and a Heineken Cup title a year later before joining Toulon.

During his time with Leinster he was also nominated for the IRB Player of the Year Award in 2007 and until the 2017 season was the record all-time point scorer for the club with 1,225 points.

Internationally, he won 87 caps for Argentina and was a key member of the team that finished third in the 2007 Rugby World Cup.

Only in 2017 was he inducted in the World Rugby Hall of Fame and has, for the last few seasons, been working back home in Buenos Aires with the Argentinian Rugby Union as Head Coach of the Argentina XV for 2017/18 and with the Jaguares in Super Rugby.

In June 2018, Conteponi was confirmed as Leinster's new backs coach.