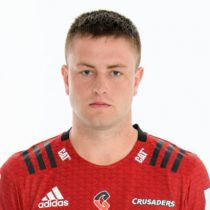 A product of St Pauls Collegiate in Hamilton, Burke first donned the black jersey for the New Zealand Barbarians Schools team in 2017 where he scored two tries and eight conversations in two matches.

In May 2019, he was named in the New Zealand U20s team for the World rugby U20s Championship and later was included in the Canterbury squad ahead of the Mitre 10 Cup

An intelligent footballer who was one of the key game-drivers for the New Zealand Under 20’s. He represented the New Zealand Barbarians Schools team and has progressed through the Canterbury Under 19 and Crusaders Knights ranks.

Burke has been selected for the Crusaders squad ahead of the 2020 Super Rugby season. He was named on the bench for his debut against the Sunwolves