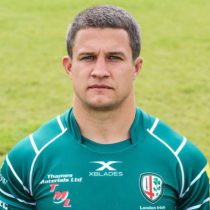 Mulchrone joined the London Irish from Rotherham Titans in 2013. At just over 6ft and weighing close to 100kgs Mulchrone can play at outside centre, wing and full back. He has previously played for Sale Sharks.

With the ability to play at outside centre, on the wing or at full-back, Fergus’ versatility is a huge boost to the Exiles’ ranks.

Enjoying an impressive campaign in the green jersey during the 2016/17 season, Fergus bagged himself five tries including three in the two legged Championship Final against Yorkshire Carnegie.