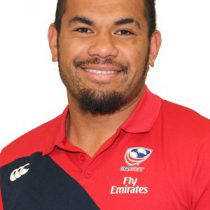 He made his international debut with the USA Sevens at the 2011 Pan American Games, scoring with 41 points on the way to a bronze medal.

February 2014 saw him sign with the Glasgow Warriors of the Guinness PRO12 in Scotland, but was released following the end of the season.