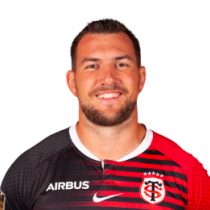 Cros started his career at RC Seilh-Fenouillet with his performances grabbing the attention of Grenada attracting the eyes of Toulouse, who signed the back-rower to their Academy.

He thrived in Toulouse's Academy and went on to represented multiple French youth sides. In 2014 he was named the France u20 captain and led the side to a Six Nations Grand Slam.

The back-rower studied Podiatry at the pedicure-podiatry training institute (IFPP) in Toulouse. He went on to make his senior debut for Toulouse when he replaced former Toulouse and France captain Thierry Dusautoir in the Challenge Cup clash against Oyonnax.

In July 2016 he was named as one of 30 players on the national team's development players. He has since become a regular in the Toulouse side and led the side for the first time in a Top14 clash against Castres.

In November 2017, he extended his contract with Stade Toulousain for a further three seasons

The following year, he was selected to play with the French Barbarians who faced the Crusaders and the Highlanders in New Zealand. He captained the side in both games from the back of the scrum.

Cros benefitted from working with former All Black Jerome Kaino at Toulouse and helped the side win their 20th TOP14 title in the 2018/19 season and earned a place a backup player to the French squad for the Rugby World Cup in Japan.

He made his test debut against Scotland ahead of the World Cup and was named in the 2020 Six Nations squad with two test caps to his name.

Cros quickly became a regular with Toulouse and France helping his club to a Top 14 and Champions Cup double during the 2020/21 season.

He featured in the 2021 November internationals and started the game when France beat the All Blacks for the first time since 2009.

Injuries meant that Cros had racked up just 11 caps by the end of 2021, when he signed a new deal with Toulouse until 2027 after 94 appearances for the club.