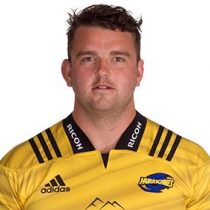 He made Waikato's squad ahead of the 2012 ITM Cup, however he didn't make any appearances and had to wait until the following year before making his senior debut.

Fraser joined Auckland in 2014 but only made just 1 appearance before being loaned to the Manawatu Turbos in 2015.

Armstrong was a New Zealand Schoolboys representative in 2010 and was also a member of the New Zealand Under 20 side which finished as runner-up in the 2012 IRB Junior World Championship in South Africa.

He made his debut for the hurricanes against the Bulls in Pretoria in February 2018, before going on to make nine appearances that season.

Fraser played as a prop for Manawatu in New Zealand's domestic Mitre 10 Cup before signing for rivals Wellington Lions ahead of the 2020 Mitre 10 Cup competition.