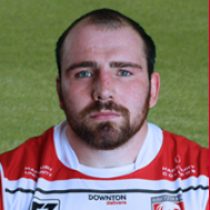 Hailing from Newcastle upon Tyne, Balmain is a graduate of the rugby breeding ground that is Royal Grammar School.

Balmain joined Leicester in July 2010 and made his debut for Leicester Tigers in 2011. He went on to make 96 competitive appearances for the Tigers , winning an Aviva Premiership title and making an England appearance off the bench in an uncapped fixture vs the Barbarians.

He went into the 2018/19 Champions Cup with 19 European Cups appearances and His experience and power in the front row proved to be a welcome addition to the club.