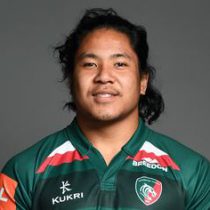 Carrying one of the most well-known surnames in rugby, Fred Tuilagi’s father is former Leicester Tigers and Samoan legend, Freddie Tuilagi, not to mention their multiple uncles whom have all had blessed professional and international careers including none other than England superstar Manu Tuilagi.

Fred, the younger brother of Brian by three years, spent a season playing for Italian Top 12 side Rugby Colorno. The 6ft 3, 120kg number 8 previously spent six years at Leicester Tigers, progressing from the academy to follow in the Tuilagi footsteps and make his pro debut against Bath in the LV Cup in 2016.