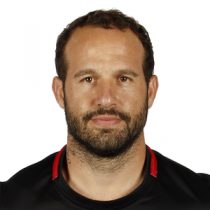 He made his test debut for France in 2001 against South Africa. After a short stint in South Africa where he played Super XV rugby for the Sharks. With the objective of once again playing for his country, he returned to France to play for Toulon in 2012.

It paid off as he was selected to tour with France to Argentina where he impressed at fly-half. Since then he has returned to be a mainstay in the French squad, and in 2015 he will return to the the biggest stage in world rugby having been selected to represent France at the 2015 World Cup. Michalak retired from international rugby following France's exit in the quarter finals of the RWC

In December 2017, Michalak announced that he will be retiring from professional rugby at the end of the 2017/18 season. The utility back represented Toulouse, Lyon and Toulon in France and had two stints with the Sharks in Super Rugby and Currie Cup over a 18-year career.

In September 2018, Michalak returned to Lyon in an advisory role, assisting Lyon president Yann Roubert and head coach Pierre Mignoni with a variety of tasks, including recruitment, training and public relations.