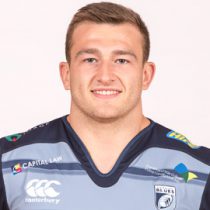 A hard hitting and creative presence in midfield, Smith graduated through the Cardiff Blues Academy and from there was given a placement with the Pontypridd senior squad in the summer of 2013.

Having already been capped at youth level, Smith went on to represent Wales Under 20s during the 2013/2014 season and at the Junior World Championships in Italy in 2015.

After coming to prominence way back at the end of the 2014/15 campaign, Pontypridd-born Smith has made steady appearance numbers of 14 in each of the last two campaigns.

Attempts to shift him the 22-year-old to inside centre have slightly hampered his development, with his speed and attacking lines generally sorted more to the outside centre channel. It will be here that he attempts to break the hold Halaholo and Lee-Lo have on the starting jerseys.