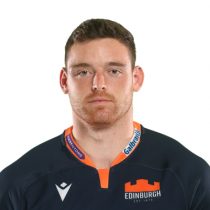 Taylor developed his skills at Borders side Melrose and went on to represent Scotland at both U18 and U20 level – winning seven caps and scoring a try for the senior age-grade side.

He graduated to a full-time professional contract with Edinburgh in May 2018 and made his debut for the club against Munster in November of the same year.

As of June 2020, he has scored 20 points for the Scottish club in just as many appearances.