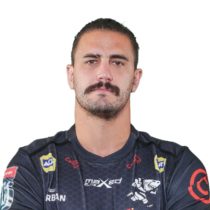 After a year with the Bulls in 2010, the towering lock moved to Cape Town where he represented Western Province and Stormers before receiving a two-year ban in October 2014 for a doping offence.

After his serving his two-year ban, Grobler left South Africa to sign for top French club Racing 92 in the Top 14 for the 2016/17 season.

In July 2017, it was announced that Grobler had joined Irish Pro14 side Munster on a one-year contract. On 24 August 2017, Grobler made his non-competitive debut for Munster.

He joined English Premiership side Gloucester ahead of the 2018/19 season and made 34 appearances for the side before signing a two-year deal with Stade Francais in July 2020.