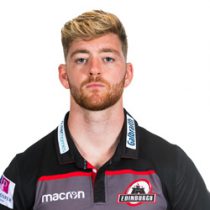 Bryce came through the ranks in lower league rugby in Scotland, playing for Alloa, Stirling County, and he has also represented Jersey and Doncaster in the English league system.

The speedy wing spent a number of tournaments in the Scotland 7's set up and was announced in the squad for the 2016/17 Pro12 season for Edinburgh, having had spells with the Warriors in the 2014/15 season.

He made his Champions Cup debut in 2016 against Racing 92 and has made 7 appearances in the competition ahead of the 2019/20 season.

After 32 appearances at Glasgow, he signed a deal with Major League Rugby side, LA Giltinis in December 2020.