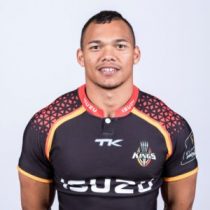 Playing his school rugby at Huegenot High, Masimla went on to represent the Boland U18s before moving to the Lions for 2011. 2012 saw the nippy scrumhalf returning to the Western Cape where he played for UWC in the Varsity Shield and the Western Province U21s in the Currie Cup. A senior debut for the WP Vodacom Cup team in 2013, Masimla then won the U21 Currie Cup with Western Province

In 2014, Masimla was selected in the Stormers wider training group and subsequently in the final squad. However, he sustained a serious wrist injury in the 2014 Vodacom Cup opening match and was ruled him out of any involvement with the Super Rugby side.