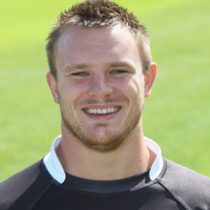 Grant Shiells represented Scotland at Under-19s level, before going on to play in the 2009 Under-20s World Cup in Japan for the Scots. In his first season with the Falcons Shiells made 13 appearances, including a start in the memorable victory at Sale Sharks which assured the club's Premiership survival. The Scot then followed that up by scoring his first Falcons try in the last game of the campaign at home to London Wasps. Shiells cemented his place as a first team regular at Kingston Park, in the 2011-12 season, with 29 outings for the Falcons. Shiells will spend the 2016/17 season dominating in the scrum for London Scottish. His top flight experience will be an added asset for the club.